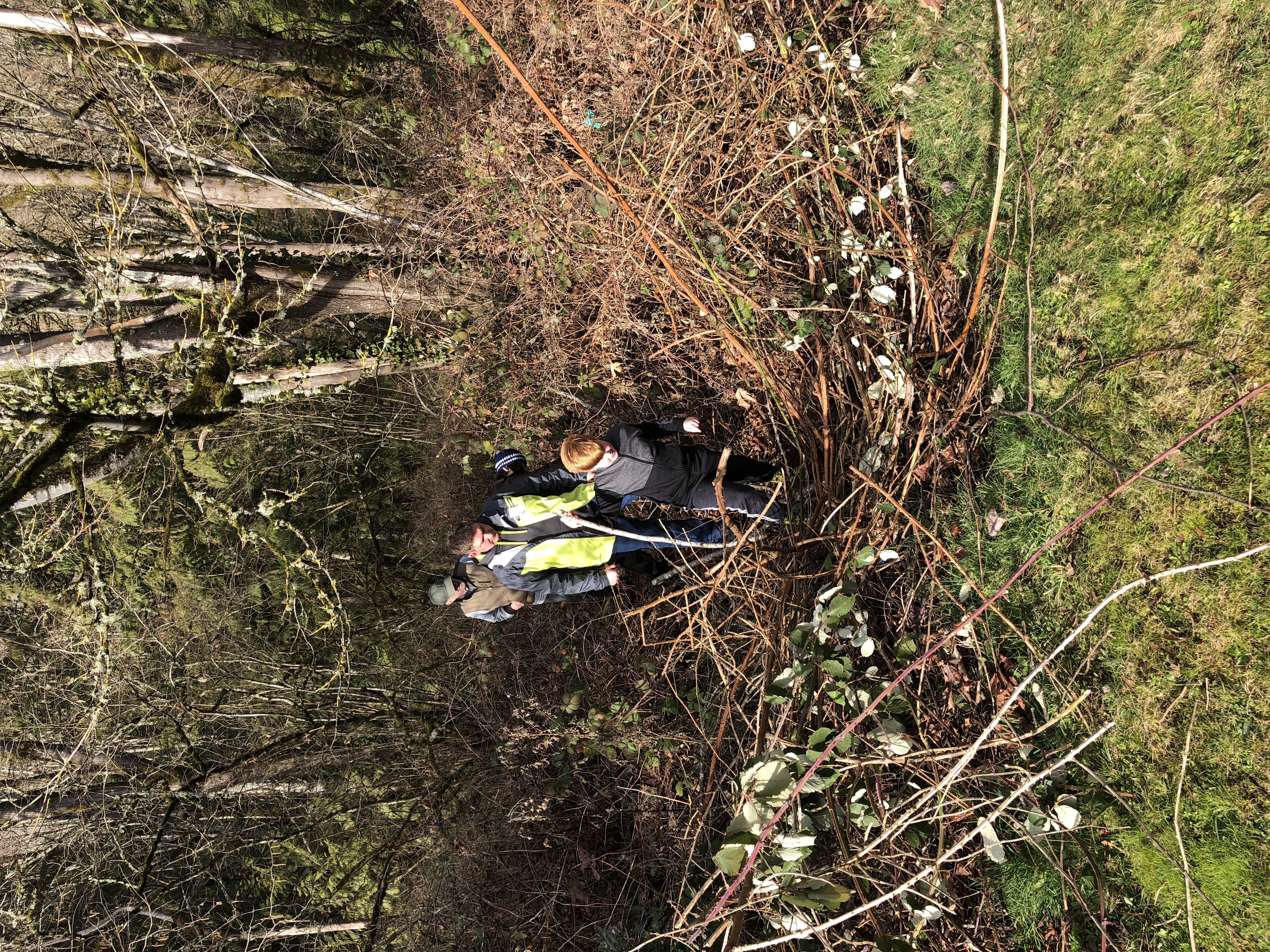 Before I worked at an environmental education center, I had heard of invasive species but I didn’t appreciate why they were such a threat. I knew English ivy and Himalayan blackberries are the most common culprits of an invasion of alien botanical species but frankly I thought they were kind of pretty. Blackberries are awesome for making jam, too, so how bad could these species be?

Fast forward a few years. I have been working with our volunteer managers, government partners and partnering nonprofits on managing invasive species on environmentally sensitive parts of the site. It’s a constant struggle. Though pretty, English ivy out-competes native groundcover. Ivy can actually kill beautiful, mature trees by growing so thick and heavy on their trunks that they fall over. Ivy is a nutrient-poor substitute for salmon-friendly watershed plants too. It takes a herculean effort to get rid of ivy once it’s taken root, usually requiring chemical treatments. Ivy is used for landscaping at people’s houses, but it doesn’t stay where it’s planted.

Himalayan blackberries can take over large fields in a season, and can grow several feet tall. Like ivy, they strangle native groundcover. Blackberry also get brittle in dry conditions and can catch fire quickly when someone tosses a cigarette aside on a trail. Once it’s rooted, it takes multiple chemical treatments to get rid of it.

After remediation of these invasive species, staff and volunteer groups must immediately get to work planting native species so that there is something in place to compete with the ivy and blackberries when they try to re-establish.

Ivy and blackberries aren’t the only alien threats to native species. On one of our trails last summer, a neighbor’s lemon balm from their herb garden broke free and established itself. Walking through the waist-high herb, one was greeted by a lovely smell. But the delicate trillium and other native groundcover had no chance of out-competing the invasive species.

An all-star volunteer carefully tagged the invasive species on our trails last week and a crew of volunteers will come out for the removal. The best any of us can do is continue to pull this stuff out, treat it, and re-plant with native species. Not all non-native plants are invasive, by the way. The ones that become pests simply have no natural predators to keep them in check.

Ecosystems are so sensitive and humans are so impactful. Striking a balance between what’s best for both is one of the most challenging tasks of our time. Experts in the field say that long-term management of these species may need to focus more on “coping” and less on eradication. Finding a new natural balance may become the strategy moving forward. 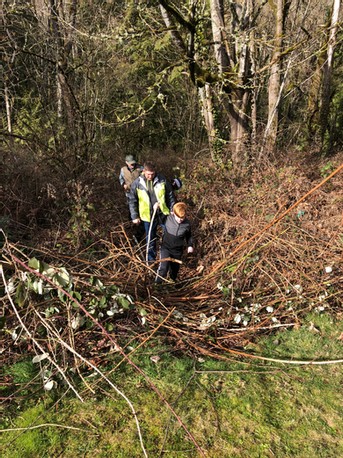